Vacation Photos--Canyon de Chelly and its "Other" Ruins 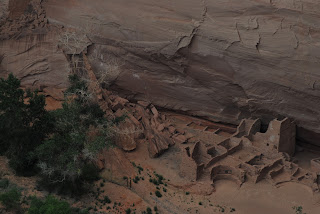 Ruins (whose name I don't remember) in Canyon de Chelly
After we recovered a bit from our hike back up from the White House Ruins in Canyon de Chelly, Arizona, we headed off to see the canyon's other sites.  Those are overlooks along the North and South Rims of Canyon de Chelly and one of its "connector" canyons, Canyon del Muerto (Canyon of Death).

Then we heard it again!  That rattly vehicle!  Here it is with passengers . . . 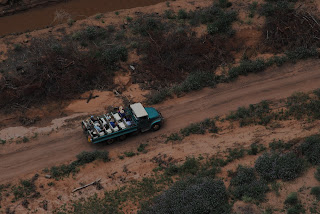 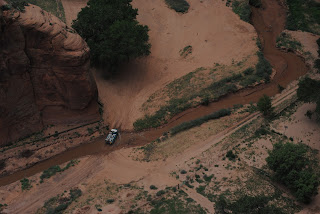 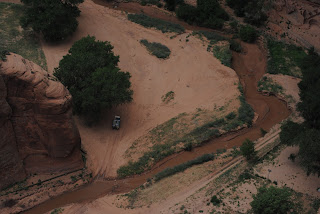 We got to the point where we were searching all alcoves in the cliffs for possible ruins.  Those Ancient Ones were brave to put their homes in these nearly inaccessible alcoves! 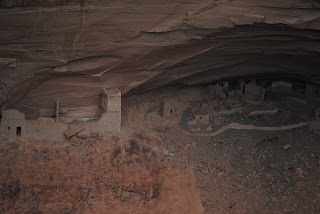 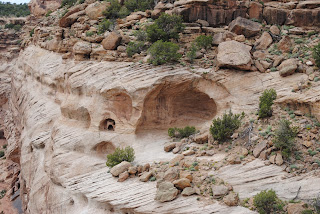 See the little structure in the little alcove?
There were structures in all kinds of alcoves.  We peered into all alcoves we could see.  We used our binoculars to see if there were ruins in alcoves that caught our eye.  Ummm . . . and how did they get to it?  I'm not a fan of ladders or heights or boulders that hang out into nothing, so I would not have made it in this culture, I think. 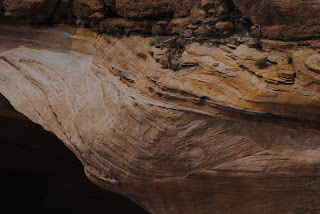 More sandstone abstraction.
Back in the car and down the road to visit more lands of the Ancient Ones.
Posted by Denny1600 at 9:47 AM No comments: